The Relationship Between Screen Time And ADHD | Best Brains 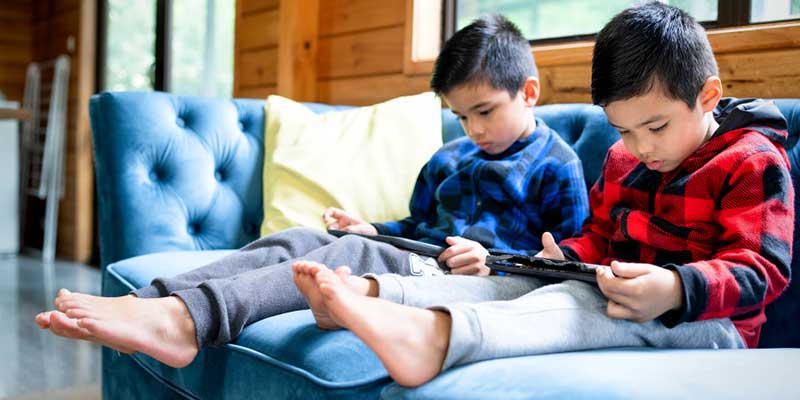 Growing research concludes that too much screen time can be directly related to poor memory performance and linguistic delays in children. Children two and under are constantly learning how to communicate by watching and mimicking facial expressions, body movement, and tone of voice of the those around them.

However, if they are in front of a screen more often than not, these skills are not learned the same way. Research shows that learning these things from people on a screen like a tv or tablet does not have the effect and is not as impactful.

These delays in both memory and language skills are even more affected by the development of learning disabilities like ADHD. Studies show that ADHD and increased screen time are linked directly. As screen time increases, as child’s ability to pay attention decreases. It is theorized that children who get a lot of screen time get used to the fast paced visual and auditory simulation that video games and TV provides.

Everything found in the real-world becomes rather boring to them. This is one of the classic trademarks of ADHD. That is not to say that these children can’t pay attention at all. However, the kind of attention needed to sit in front of screen for hours on end is not the same that is needed for a classroom setting. The latter kind of attention decreases as a child gets more and more screen time.

This leads to a lack of interest in their education and failing grades. It also continues to affect their language and memory development. These children begin to have problems relating and interacting with their peers. They have difficulty reading other’s reactions, recognizing emotions, and even expressing their own emotions.

This creates a difficult social situation for them and often leads to rejection among their peers. As a result, they become even more withdrawn and seek the comfort of even more screen time, as they feel that is the only thing they are good at. These symptoms become even more pronounced if the child actually has ADHD.

How To Counteract These Effects

When they are engaged with a screen, monitor their activity, making sure that it is appropriate. Also, try to make it more interactive as their age allows by being available to discuss certain aspects of the content.

Experts also say that shortly after this monitored screen time your child should engage in physical activities. This helps to counteract the idleness of their body and get them engaged in the world around them. Activities that are the most beneficial are those that combine visual and balance systems. For more tips and ideas to encourage education click here.