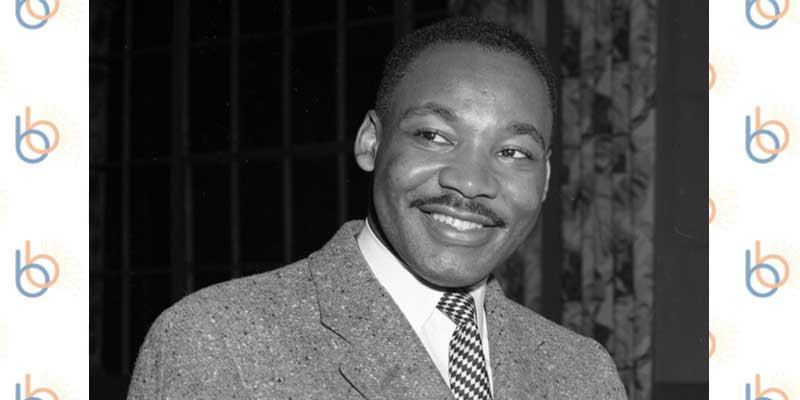 "The function of education is to teach one to think intensively and to think critically. Intelligence plus character – that is the goal of true education."
Dr. Martin Luther King Jr.

As Educators, we strive to provide a stimulating environment for our students where they can build their awareness of the world. Understanding who Dr. Martin Luther King Jr. was and what he represents promotes a better appreciation of the world in which we live.

Dr. King was a loving parent and a teacher of poignant truths. As all parents do, he wanted the best for his children. “I have a dream that my four little children will one day live in a nation where they will not be judged by the color of their skin but by the content of their character." Through the way he lived his life, Dr. King exemplified many truths we can emulate. His actions remind us that we should not give up on our dreams, always show kindness to others, and stand up for what is right.

Dr. King was an activist and an influential leader of the American Civil Rights Movement from 1955 until his assassination in 1968. He is known for his advocation and advancement of civil rights through non-violence and civil disobedience. Dr. King led peaceful marches, boycotts, and sit-ins to create awareness of the problems faced and to pave a path to equality for all.

One boycott that Dr. King led was the Montgomery Bus Boycott in 1965. The boycott was initiated through the act of a brave woman named Rosa Parks. Parks refused to vacate her seat on a segregated bus when asked, and was arrested because of her refusal. This incident led to the beginning of the boycott of the Montgomery public buses. Those involved faced many adversities, but they were dedicated to achieving equal rights. This boycott lasted 385 days and ended with a ruling that prohibited racial segregation on all Montgomery public buses. As a result of Dr. King’s leadership role in the boycott, he became a well-known figure nationwide.

Throughout Dr. King's years as an activist for civil rights, he was arrested many times. Yet he was resilient and did not give up on his dreams of equality. We can learn a lesson from Dr. King's resilience and determination to make the world a better place. Though we may face setbacks and hardships, as he did, we ought not to give up. We can employ this mindset in the classroom and throughout our lives. In the words of Dr. Martin Luther King, "And so even though we face the difficulties of today and tomorrow, I still have a dream. It is a dream deeply rooted in the American dream. I have a dream that one day this nation will rise up and live out the true meaning of its creed; "We hold these truths to be self-evident, that all men are created equal."