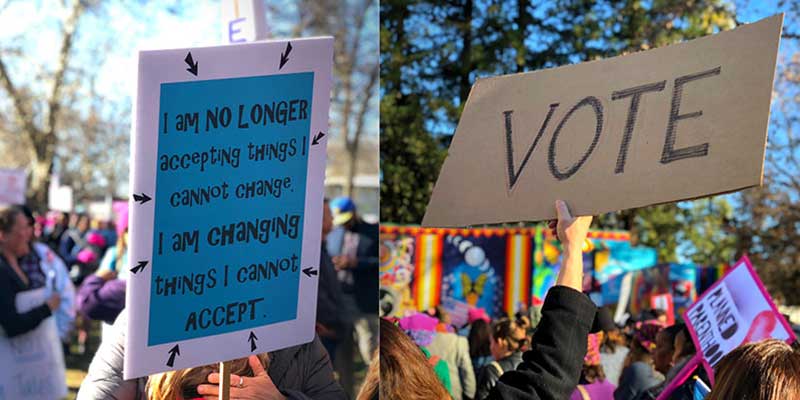 Hi everyone, it's Practical Pam, bringing you another entry for Today in History. We're going to be discussing government today, so check out my Government 101 video for an overview before we go on.

On August 18th, 2020, the 19th Amendment will celebrate its 100-year anniversary! The 19th Amendment to the United States Constitution was ratified on August 18th, 1920 when Tennessee became the 36th state to approve the amendment. According to federal law, 3/4 of the current US states have to approve a proposed amendment in order for it to be officially ratified. So, when it passed in Tennessee, it became federal law.

The wording of the 19th Amendment is as follows: "The right of citizens of the United States to vote shall not be denied or abridged by the United States or by any State on account of sex. Congress shall have power to enforce this article by appropriate legislation." In general, the language of amendments needs to be very simple and direct, since it will be applied to every citizen in the nation. This language can also have effects on future legislation as well as current legislation. For example, the 19th Amendment's wording also ensures that those who identify as non-binary are guaranteed their voting rights, since they cannot be discriminated against on account of their sex. If, in the future, being non-binary is a more common designation, there will be no worry that those who identify legally as NB will be denied the right to vote.

While the fight for women's suffrage was long and sometimes violent, women had already been voting in the United States since 1869, when Wyoming passed the Wyoming Suffrage Act back before Wyoming was even a state! By the time the 19th Amendment was sent to the states to be voted on, 16 states and territories had equal voting rights, and several more allowed women to vote in presidential elections. Conversely, it took a surprisingly long time for the rest of the states in the Union to ratify the 19th Amendment, even though it had already become federal law. The last state to approve the amendment was Mississippi, in 1984!

While the 19th Amendment granted women the right to vote, it's important to remember that there are still many barriers keeping people from voting freely. As we look into the next 100 years of American history, let's be inspired by all the amazing suffragettes of the past and ensure that every citizen is given the same opportunity to let their voice be heard!