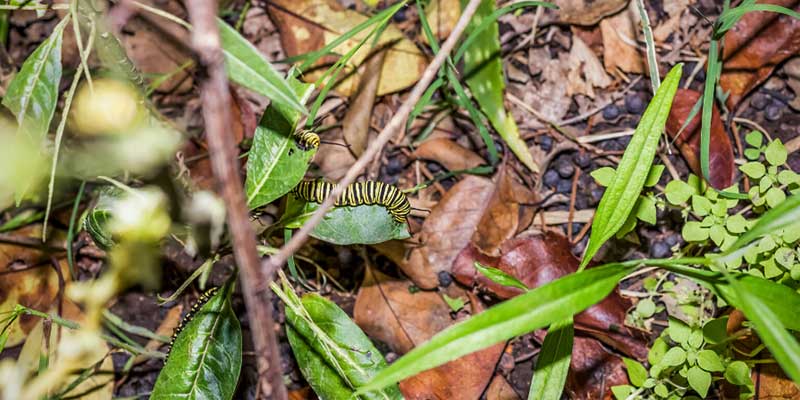 While we may know about how our pets communicate, the meaning of whale songs, and the sign language capabilities of apes, we know much less about the communication abilities of plants. Can something without a mouth, arms, or eyes communicate? Of course they can!

All living things develop some way to communicate with one another, and plants are no exception. As living organisms, they react to stimuli just like we do. But the ways they communicate are much more subtle. Since plants “breathe” by absorbing CO2, they have a highly developed ability to sense chemicals in the air. They can also produce chemicals and release them along with oxygen. Using chemicals, much the same way animals communicate with pheromones, plants are able to get a lot of complex information across to each other. Recently, researchers discovered one way that plants can warn each other of danger in the area through chemical secretion alone!

Dr. Harsh Bais, a University of Delaware botanist, became a mentor to sixteen-year-old Connor Sweeney about two years ago. Sweeney went to work alongside Bais and his team at the Delaware Biotechnology Institute. He set up a study of a plant called Arabidopsis thaliana, also known as mustard weed. After growing some specimens in the lab, he mimicked the process of a plant eating the mustard weed leaves by injuring one of the plants. To the researcher’s surprise, however, they noticed that nearby plants had an unexpected reaction: root growth. Since roots are the main source of nutrition for plants, like human mouths, an increase in growth indicated that the plants knew they were going to need more nutrition and energy to repair themselves. But for what injury? Were they anticipating being eaten, just like the nearby plant had been? Dr. Bais , Sweeney, and the team set about finding the solution.

Thinking that the signals might be coming from the roots, Bais made sure to separate the plants. But the results remained the same. Eventually, they were able to determine that the injured plants were discharging volatile organic compounds (VOCs), which in turn triggered neighboring plants to produce higher doses of a chemical called auxin, a key plant growth hormone. Research into this phenomenon is ongoing. Who knows what Connor Sweeney and Dr. Bais will discover in the next two years?