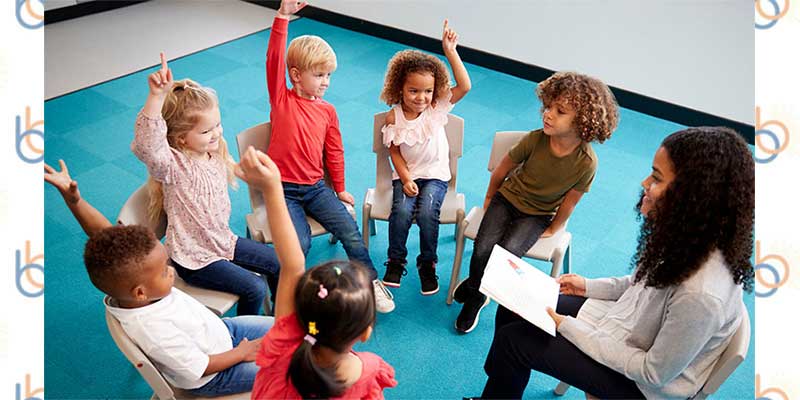 With the 2020 Presidential election approaching, parents are faced with a unique situation when it comes to explaining the process to their kids. While every election cycle is an opportunity to teach kids about civic duty, the responsibilities of citizenship, and many educational concepts like math and history, this election and the current political climate have some additional challenges. Let's explore the landscape of this election.

Political rhetoric has a direct effect on our kids.

While we like to think of our children as apolitical, the truth is they are not immune to political rhetoric. Children often suffer the consequences of their parent's actions and beliefs, and in 2020, these consequences can be very serious. According to reports, bullying is on the rise in our schools, showing a 35% increase in reported cases between 2016 and 2019. And while this figure may be partially inflated by increased awareness and a safer environment to come forward with reports of bullying in, there are other factors involved. During the last election cycle, many parents and educators reported identity-based bullying echoing Republican political rhetoric, particularly anti-immigration slogans that were popular at the time. This inspired a study of Virginia school districts in 2017, which did find an increase in bullying in areas which favored Republican candidates, where previously there had been no quantifiable difference. This emboldening of racially motivated discrimination among children reflects the larger political discourse, and is a direct consequence of the climate we find ourselves in for this 2020 election.

Politics is bigger than any one person.

While the Presidential election tends to be the most participated in election in the US, it's important to remind our kids that it is not the only election we will be voting on this year, or the only political issue worth caring about. Like it or not, politics is a vital part of living in a society which allows its citizens to vote. Despite anything related specifically to the current Presidential election, politics is a side effect of our civic duty, and should not be ignored by anyone. "Children grow up so fast," is the common phrase, and when they turn 18, they become directly involved in the voting process. It's our duty as parents to make sure that our kids understand that their vote matters, and that an elected government will reflect the people who show up to make their voice heard.

All children benefit from civic education.

As soon as children learn how to sort things into groups, they can begin to grasp the basic ideas of politics. All the lessons we learned in preschool, to share, to be kind, to participate, to learn, are all components of what make a good citizen and a responsible voter. As children age, they start to form opinions about the world based on their experiences. These experiences can be related to politics very easily. What is the best part of the school day? What is the difference between a happy classroom and an unhappy one? How do kids relate to one another in group projects and what makes them successful? Older children can draw even deeper meaning from the world around them to see how it is influenced by politics, from which subjects are taught in schools and which subjects have been cut, to what is on the menu in the cafeteria, to the presence of third parties invited to their school such as school speakers, recruitment organizations, etc. Life is a political experience, and identifying and taking ownership of this fact can be the difference between a child who is involved in civic life and one who is too intimidated or indifferent to participate.

There may still be time to register to vote in your state. Go to https://vote.gov/ to see if registration is still open.