How To Deal with a Temper Tantrum | Best Brains 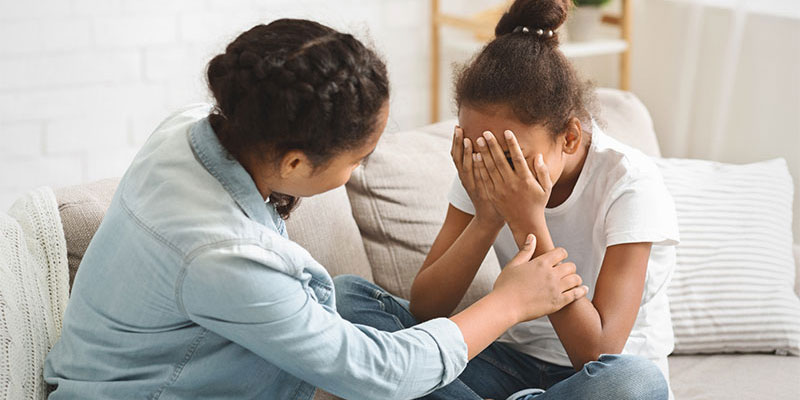 It's one of the hardest things for a parent to deal with: the temper tantrum! Whether it's in public or in private, at the dinner table, the grocery store, before school, or at bedtime, they are a major cause of stress for parents of toddlers and preschool aged children. Kids have meltdowns for many reasons, and it's an unavoidable part of their development. While this may be an unpleasant reality for parents, the truth is that children don't enjoy having tantrums, either. As a child becomes self-aware and autonomous, they will encounter many difficulties and, not knowing how to deal with them, they break down in a mixture of anger and sadness. As adults, it's our job to learn why temper tantrums happen, how we can help our kids avoid being pushed to their breaking point, and how to modify their behavior to discourage future meltdowns.

While the specifics of what exactly triggers a temper tantrum can change with age, experts agree that the root of tantrums is the child not getting what they want. Babies signal when they need attention by crying, but as a child begins to be more aware, they understand that there are other ways to communicate. However, pre-verbal children lack the proper communication skills required to accurately convey how they feel, and the frustration of not being understood can lead to a meltdown. As children age, they become better at communicating their needs, but encounter the frustration of their desires not being met. As children age more and begin to be more independent, frustration can manifest when they are unable or not allowed to do things on their own. Even elementary aged children can experience tantrums from time to time when unable to process their emotions, or if they feel that throwing a tantrum will get them what they want. While the occasional tantrum is unavoidable, properly dealing with and anticipating the behavior is the best way to limit the number of meltdowns your child has, and to teach them that it is not the way to get them what they want.

What NOT to do when your child has a temper tantrum!

While it may seem counterintuitive, showing comfort to our children when they have a temper tantrum is actually not the best way to respond. Remember, the child is frustrated, not sad. The tears are just a side effect. We've all seen how a tantruming toddler can squirm away from our hugs and kisses, how grandpa or grandma intervening with affection can make their meltdown even worse. This is why. Comfort is not addressing the issue at hand. A child who is sad or scared absolutely needs to be shown love and affection. But a tantruming child does not. It is not the response they are looking for and can be confusing and compound their frustration. Instead, seek to comfort the child after the tantrum has passed, when they have a better grip on their emotions. Generally, they will seek out your comfort at that point, since they are exhausted and maybe even disoriented. That's when you can give them the stability of your love and care.

The biggest mistake a parent can make is give a tantrum positive reinforcement. This can include giving in when the child has been told no, offering a bribe for good behavior, or even an excess of attention. All of these reactions teach the child that screaming, crying, and causing a scene are the fastest way to get them what they're after. It also undermines a parent's authority when they say one thing and do another. Remember, our children are learning EVERYTHING from us. They have no frame of reference other than the media they consume. This means that the standards we set are the only ones they understand. One-time exceptions don't really mean anything to a 2-year-old. It can be very, very difficult sometimes not to try everything when our kids are acting out or melting down, especially in public. We feel embarrassed, maybe even ashamed. But every time you give in, imagine the number of tantrums your child will ever have multiplied, because you have reinforced the behavior with a reward. If we are strong, firm, and follow the correct methods, we will only have to deal with these difficult moments a few more times in our life before our child learns better behaviors.

The BEST things to do when your child has a temper tantrum.

The most effective method in nearly every situation is to ignore the tantrum. Children cycle through emotions quickly, and if the tantrum isn't getting the result they want, be it a cookie, a toy, or just attention, they will eventually come back to the parent for comfort, as we discussed earlier. Experts suggest acknowledging tantrums after the fact, but referring to them in the past. If the tantrum is over something rules related, like bedtime or cleaning, the same advice applies. Remember, tantrums do not get children out of their obligations, we just wait until they have regained control of themselves and then move forward. Positive attention at this stage can be helpful, praising the child for calming down and regaining their composure. As they age and gain experience, they will understand that a temper tantrum does not yield any positive results, and all it does is make them feel bad.

As parents, one of the best things we can do for our children is avoid situations that cause temper tantrums. And no, that doesn't mean giving in to your child's every whim! Instead, we need to anticipate their needs, and try to think the same way they do. A great way to do this is to understand and communicate how they view time. Giving a child "five more minutes before bed" or "fifteen more minutes in the park" is meaningless if they cannot tell time. Instead, use concreate examples, like "Once this TV show is over, it's time for bed," or "Two more laps on your bike around the park and then we're leaving." These are concepts that your child understands, and they won't feel surprised when it's time to move on to the next activity.

Being keenly aware of your child's eating and sleeping schedules will also help avoid tantrums. Kids are always more prone to emotional outbursts when they are hungry or tired, so try to avoid potentially triggering activities before lunch, dinner, naptime, or bedtime. Remember, don't use sweets or snacks as a bribe. Instead, use snacks before an activity, like a serving of cheese crackers before going to the grocery store. The idea is to empower your child and give them a feeling of control to hold onto. Consider giving them options to choose, making lists, and other ways to make them feel like participants, not bystanders. This will also help them to feel more autonomous, and be less discouraged when things don't go their way. Our children's minds are constantly changing and developing. When we do whatever we can do think like they do and support them as they grow, the happier they will be!