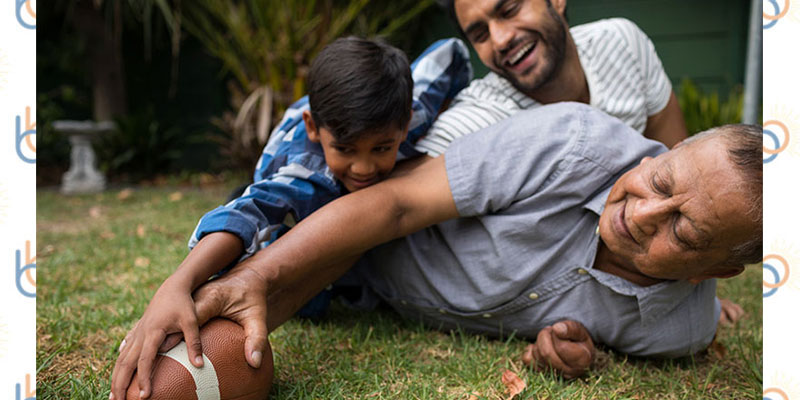 If there is one American holiday which best exemplifies what it means to be American, it's Thanksgiving. Cooking a special meal, gathering the relatives, watching football, and expressing what everyone is thankful for. While the Fourth of July commemorates the signing of the Declaration of Independence, which started a chain of events ending in the creation of the United States, Thanksgiving's roots go further back. To many, Thanksgiving symbolizes a time before the country was founded, when people of different backgrounds were able to come together and share a meal. Food has long been used to represent people, and food is the best, easiest way to share cultures. It's no surprise then that, for immigrants, adopting and adapting "American style" cuisine is often a way to integrate into American culture, while still celebrating one's heritage.

Close to 4 million South Asians have immigrated to the US, many recently. So, what does Thanksgiving look like for them? Well, you can expect more than one centerpiece dish. While a big roasted turkey is often the focal point of the table, many South Asians are vegetarian. So, you're just as likely to find a smaller chili and ginger marinated chicken beside a mutter paneer or chickpea curry. This goes for the traditional sides, too. Sweet potatoes, corn, and cranberry sauce benefit from an infusion of traditional spices like jeera, garam masala, and coriander. Even pumpkin spice, that famous cocktail of cinnamon, ginger, and other warm spices that seems to be in every fall-themed treat, can be given a South Asian twist with the addition of chai masala or cardamom.

Beyond the dinner table, many South Asians take the message of giving thanks to heart. While we can criticize the historical inaccuracies of the Thanksgiving narrative, and should very rightly acknowledge and do what we can to rectify the suffering caused to the Native American population by the expansion of colonization in this country, the spirit of Thanksgiving, the messages we try to instill in our children about acceptance, sharing, and togetherness, speak to an immigrant population who wants to feel accepted in their new home, and has so much to offer their fellow citizens. Sharing abundance is another theme of the holiday, and many South Asians take Thanksgiving as an opportunity to get involved in charitable activities. Especially this year, when 54 million Americans are facing food insecurity due to the coronavirus pandemic, it is vital to embrace a giving spirit going into this holiday season.

The United States is a nation of immigrants, South Asians being a part of a large, multicultural melting pot. By embracing American traditions, taking what is best from them, and adding fresh flavors and new customs, it strengthens the holiday for everyone!