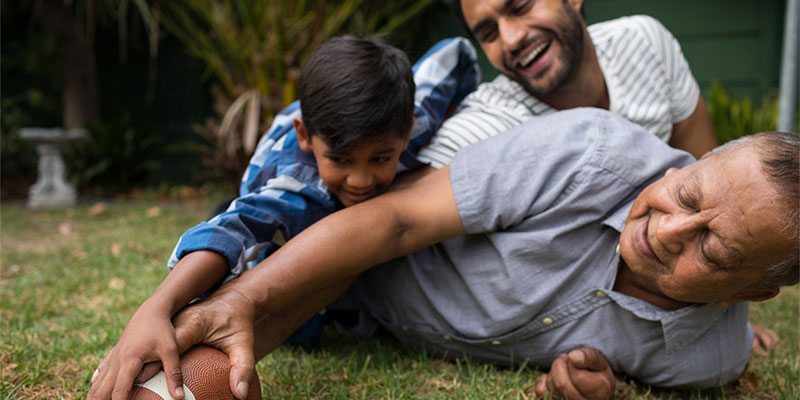 It's a day for the Dads! On Sunday, June 20th, we celebrate Father's Day. Just like Mother's Day, Father's Day is all about honoring the father figure in your life for everything he's done for you.

At Best Brains, we are very lucky to have so many awesome dads in our Family. We see you bringing the kids for their weekly classes, chatting with our teachers about their progress, and encouraging your kids daily to practice homework. Dads provide support and strength to our students whenever they need it. We're so proud of your involvement and care!

The History of Father's Day

You can't talk about the history of Father's Day without outlining the history of Mother's Day first. The United States has been celebrating Mother's Day officially since 1914. Like many American holidays, the tradition began after the Civil War ended as a way to unite the country again after its split. As Mother's Day became a custom, there was also a push to honor the country's dads as well. A woman named Sonora Smart Dodd is largely credited with championing the idea of a day for fathers thanks to her experience being raised along with her siblings by their widower dad. Surprisingly, there were a lot of critics to the idea of Father's Day for decades, so much so that it did not become an officially recognized holiday until 1972. You could say then that Father's Day is actually a pretty modern holiday!

While Father's Day used to be celebrated by purchasing a stereotypical "dad gift" like a tie, grilling utensils or some kind of gadget, these days it has a lot more significance. What does it mean to be a dad? What are the responsibilities of fatherhood? These are challenging questions, and 21st century dads are taking that challenge on.

How you spend Father's Day should reflect your own experience as a dad. Are you the kind of guy who provides for everyone else and might get overlooked? Then this day is perfect for a dad gift or any kind of gift you like! You deserve something special for making everyone else in your family feel special. Maybe you're a person with strong bonds to the past and you value tradition. Honor those traditions with your kids to emphasize how important it really is to you. Maybe you still feel like a kid at heart yourself. Rewind time with your family for a day! What did you do for fun when you were your kids' ages? What movies did you watch, music did you listen to or games did you play? The child you were helped you to be the man that you are so share that journey with your own children.

However you choose to celebrate, we at Best Brains wish you a safe and happy Father's Day. We honor you for all that you do!